Point, deckle-off, packer, poitrine, the list goes on and on…

The one thing in common?

They are all referring to the magnificent cut of beef we know as brisket.

But, depending on where you are and the style of meat, brisket can be known by many, many names.

So, whether you’re trying to settle an argument or trying to work out if what you’re buying is the real deal, here’s the definitive list of the most common names for beef brisket.

Why Is Beef Brisket Called Brisket? 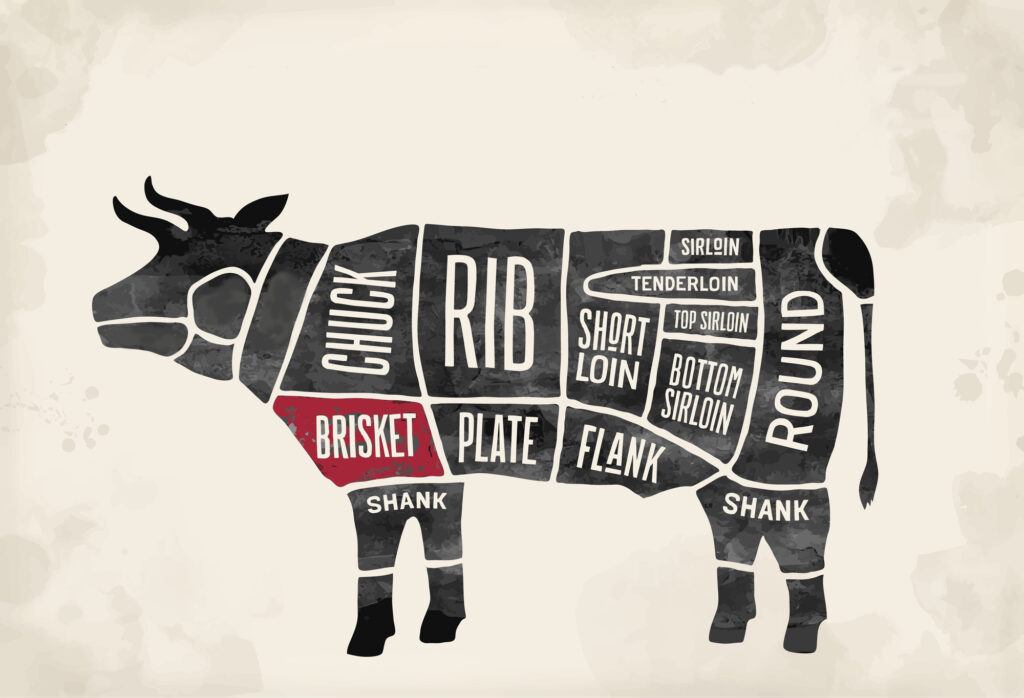 Simply put, brisket is one of the primal cuts of beef, taken from the cow’s breast/pectoral area. It overlies the sternum and first five ribs, and is home to a great big muscle we call the brisket.

As to why it’s called “brisket”.

Well, it still remains uncertain, and they may be more than one origin. For example,  term brisket has a similar construction to the Old French bruschet or the Celtic brisk.

However, the general consensus is that it’s very likely that “brisket” comes from the 14th century Middle English brusket, which is derived from the Old Norse brjósk, meaning ‘cartilage, gristle’.

In the end, brisket it called brisket when it’s referring to the primal cut of brisket, coming off the cow’s breast.

What Is Another Name For Beef Brisket? 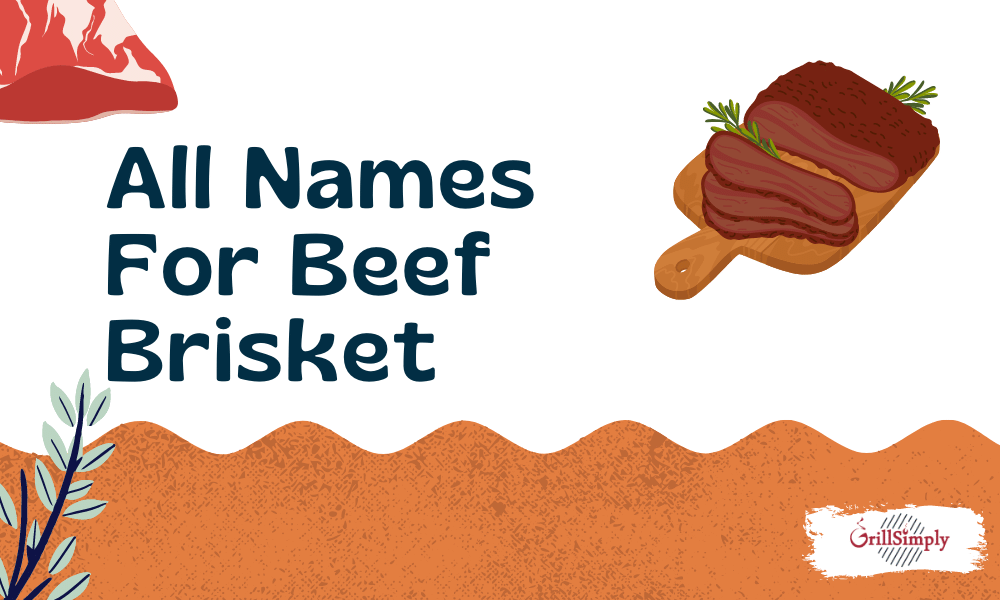 So, we know the classification of brisket, being any meat coming from the primal cut: brisket. Now we can look at what other names this piece of meat has gotten over the years.

While it’s most commonly, traditionally, and famously referred to as brisket, it can come in a few different cuts and in many different styles.

These different cuts of brisket and different styles of brisket have lead to more than just handful of names. So, if you’re going to a new butcher or grocery looking for brisket, here’s a list of all the other names you might come across, what they mean, and if they’re actually brisket!

To begin with we’ll quickly cover off the actual cuts of the brisket primal.

This packer brisket can be broken down into two separate muscles separated by a layer of fat, the deckle. After the separation the two cuts are called the flat and the point.

The whole packer brisket will normally weigh within 10-16 pounds, but you can find some big boys over 20 pounds.

The flat cut is one of the two muscles which make up the full brisket. The flat can be identified by it’s “flat” appearance, compared to the point cut of brisket.

The point cut is the second of the two muscles making up the full brisket. It’s much bulkier than the flat, less even, and has a distinct, triangular “point” to it, forming like a flap.

Although it’s a little less consistently cooked, it’s fattier, and in my view, is just as delicious when prepared correctly.

If you see a hunk of meat labelled “point”, it’s referring to the point cut of the brisket.

To be clear, the flank is a completely separate part of the cow than the brisket. The muscle is located on the underside of the cow closer to the belly and along the sides of the cow.

However, in some places of the world you might find a brisket labelled as a flank, namely in Belgium, parts of Holland, and France.

And I guess this is why there’s such confusion. That’s why it’s important to become familiar with the shape and look of brisket. Just to be sure that the “flank” you’re seeing is actually brisket.

You may have heard of the brisket deckle, the thick and waxy cartilage layer that runs between the point and flat of the brisket.

If you came across a “deckle-off brisket” then you would think this would mean a brisket that’s had the deckle removed.

Well… not quite. A deckle-off brisket is just another name for the brisket flat, with the deckle and point cut off.

In French, poitrine simply means “chest”. You’ll find in Canada and France that briskets are all referred to and labelled as poitrine.

So, if you’re traveling in Canada or in a foreign market and you see poitrine, it’s beef brisket.

In Spanish cuisine, El pecho de re may be stewed or cooked differently, but it’s still referring to same loveable cut of brisket we are all addicted to.

If you’re looking for beef brisket and you see a familiarly looking hunk of meat labeled as corned beef, don’t be fooled (this happens sometimes with Costco corned beef briskets!).

Corned beef is simply brisket that’s been cured and processed, giving it a distinctly saltier taste and pinkish appearance.

Although both delicious and both from the same cut of meat, corned beef shouldn’t be bought and prepared like brisket, and brisket shouldn’t be eaten like cured corned beef.

Ahh pastrami. The amazingly spicy, smokey, beefy flavor is so distinct I can taste it just by thinking about it.

It’s true that traditional Romanian pastrami (and what you’ll find at every deli, diner, or restaurant across NYC), is most commonly made with beef brisket.

But, if you’re at the grocer and see a hunk of meat labelled as “pastrami”, don’t be mistaken thinking it’s the same as raw brisket.

Pastrami is already smoked, cured, and processed. If you’re wanting to smoke or roast your own brisket you better not try use pastrami!

Is Beef Roast The Same As Brisket?

Beef roasts come in many shapes, sizes, and cuts, all just as fit for a feast at the others.

We’ve been around beef roasts since the ages. From preparing prime rib for a feast, to mastering the rump roast, even to preparing tri-tip for events, we know our meat.

Although there are a handful of cuts that can be referred to as a “beef roast” brisket is not one of them.

Although you CAN roast a brisket, if you see “beef roast” at your grocer, chances are it’s not beef brisket.

Don’t be fooled by London broil either – it’s not the same as brisket!

So what if you’ve been around the whole grocer or butcher and you can’t find anything that resembles a brisket, nor any of the alternative names for a brisket either?

Well, you’ve got to have at least one back-up plan.

Whenever I’m needing a substitute for beef brisket I look at two options:

If your truest desire is to cook a decadent and delicious brisket but you simply can’t get your hands on one, then it’s fair to say you’re allowed to use the next closest thing.

The closest substitute for brisket, with a very similar texture and a familiar rich beefy flavor, is the chuck roast.

If you really can’t see any way forward with finding a brisket, or brisket substitute like chuck roast, then you could always look at the next best meats.

If you’re smoking your meat and were looking for a center piece, you can always try pulled pork, leg of lamb, or even beef ribs. There’s always another day for brisket.

So it’s pretty clear that brisket is loved all of the world, with different renditions, different cuts, and of course, different names.

The best way to deal with all these alternative names, is to understand what makes a brisket, a brisket.

If you can get comfortable with the packer brisket and what the flat and point are, you’ll more easily be able to pick them out at the butcher, and pick the best ones at that — no matter the name! 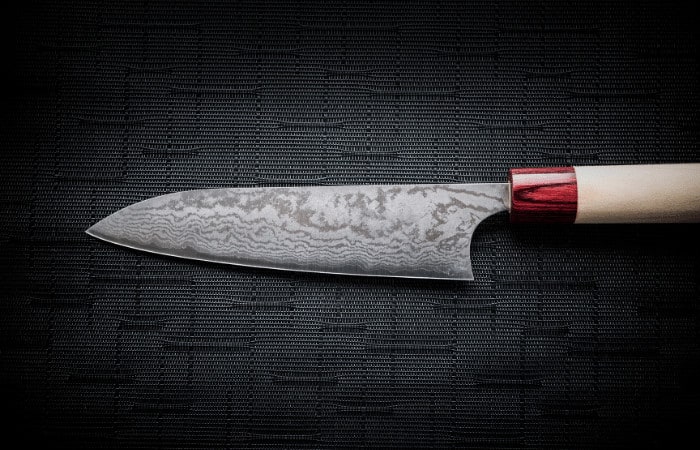